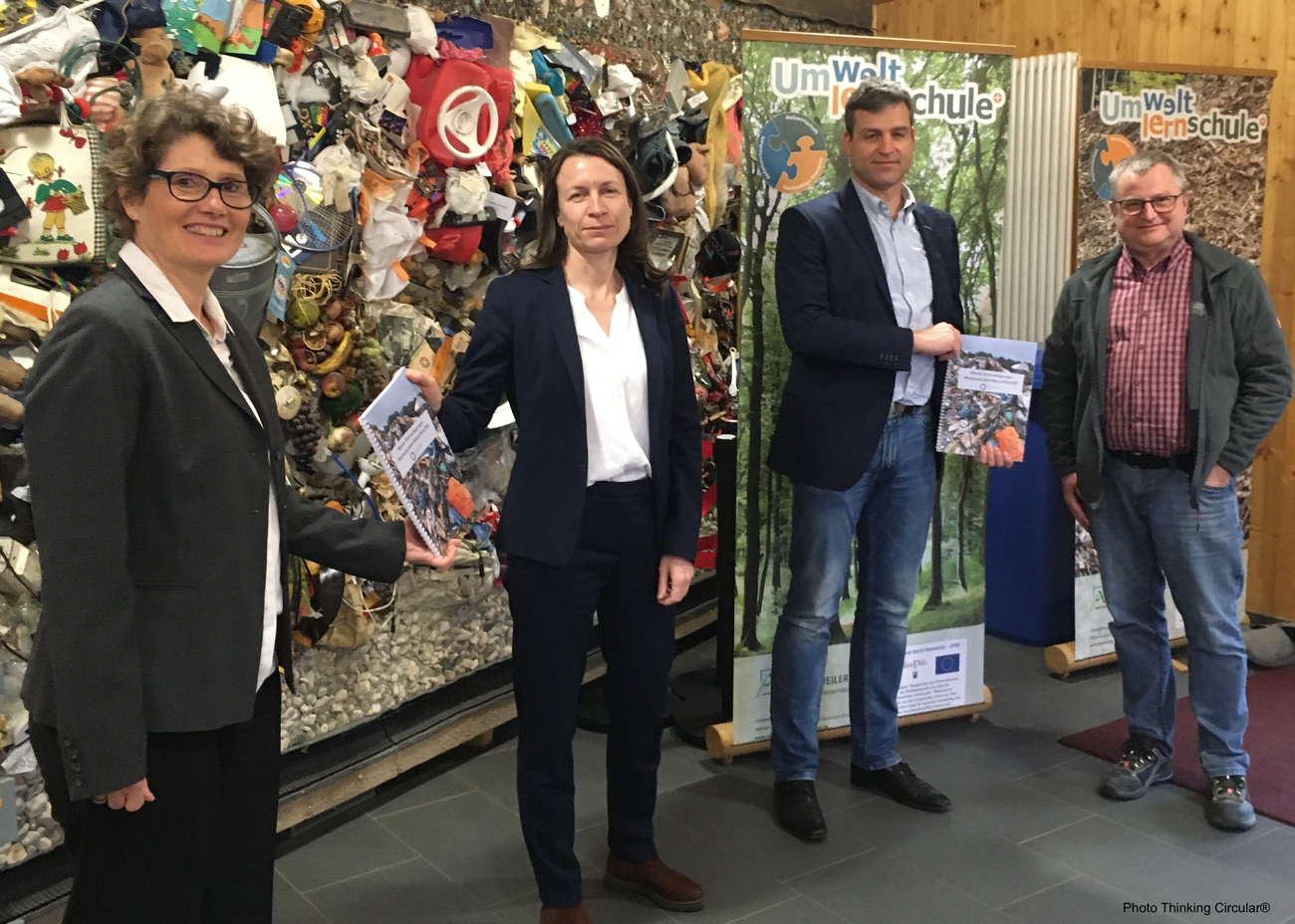 Learning after the flood, focus on waste management

What can we learn for waste management from the flood disaster? My consultancy Thinking Circular® is based in the district of Ahrweiler, therefore, in search of the answer, I have been dealing with exactly this question since July 2021.

The motivation is personal: floods are a trauma for me. The flashback caught up with me quickly on the morning of July 15, 2021. My trauma is called Kyrill and hit me in 2007 in the Westerwald. A tree from above, water from below –  from all sides. The flood disaster in the Ahr valley brought back to me the images, the feelings and the existential fears of that time. It was clear to me that I wanted to help and contribute.

The reconstruction was already long in 2007 and made me impatient. The insurance paid, but not immediately. There was no government aid for me. There were no donations either. Workmen came, but not immediately. When the chaos was dealt with, the insomnia came. I knew I needed support now, psychological support. The trauma forced me to engage with new things, to deal with fear. That led to decisions that took me to the next steps in my life. I sold the house. New place, new happiness. For me, that was true. I was able to leave fear behind and be active in my political role against the causes of climate change. Actively working against the causes of climate change, becoming active for climate adaptation and actively working against feelings of helplessness, that was and is the recipe in my life. To become effective myself, to be self-effective.

Learning from your own experience for the future

In my adopted home state of Rhineland-Palatinate, I was allowed to be Minister for the Economy, Climate, Energy and Regional Planning for Bündnis 90/Die Grünen (Alliance 90/The Greens) for one election period starting in 2011 after my personal catastrophe of storm Kyrill, the nuclear disaster in Fukushima and the scandal at the Nürburgring. I experienced the impact these catastrophes had on our lives and the learning experience that became possible in society as a result. Changes became possible. What would we take away from the flood disaster on the Ahr?

Let me describe: On the morning of July 15, 2021, I was standing in a vacation home in northern Germany, actually wanting to take a vacation. But there was no longer any thought of relaxing. The house in which I still lived in Bad Bodendorf in 2019 was also affected and is not yet habitable again until the completion of this documentation. I felt the shock, the fear, the adrenaline. And could hardly believe my fate to have escaped.

Our plant in Niederzissen is located on high ground, safe from floods, but there was no thought of work or normality here either. We helped where we could. And the full extent of the disaster became clearer every day. After the initial cleanup, shoveling mud and carrying out trash, I decided to take a close look at how we would handle this situation and what we could learn back home. That was the moment I decided to record in a logbook every day how flood waste would be managed.

No world without waste after the disaster 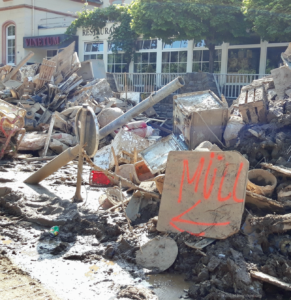 Why a focus on flood waste in particular? I wanted to align myself with what has always guided me: The vision is a world without waste. C02 is waste in the atmosphere. Climate protection, environmental protection and economy belong together. Surely it should be possible to prove that here. Or could it not? In that case, the tipping effects in the process would still favor the climate change. Could that be proven? The question was on the table, because no one here wanted to have the flood waste, covered with sludge and fuel oil, in the landscape, nor to see it in a landfill. And burning the sludge mass is very difficult. There was a problem here. That was immediately clear.

The report now presented is comprehensive

Now the report is available. On 100 pages, it summarizes how the managers of waste management in the district of Ahrweiler were able to cope with the huge amounts of flood waste after the flood in July 2021. The report not only maps the material flows and shows where and how much waste was generated, but also provides deep insights into the organizational structures, communication channels, challenges and solution mechanisms.

111 pictures, numerous graphics and tables complement the observations of the waste management managers with an extensive collection of facts. In weekly interviews, they told us which challenges arose and how they were solved or should be solved. Scientists and politicians now have a fund of information in the form of this report. More than 200 pages of appendices can be found in another document, which is also presented to the scientific and political community for evaluation. The report is submitted to the state government as well as to the state parliament.

The report is peppered with quotes from the managers interviewed. The lively descriptions and the many pictures make reading easy for the reader. In addition, many links to videos or other additional information promise even more background. The sources cited in the report are extensive and so is our hope for learnings from the catastrophe.

You find the report in German here