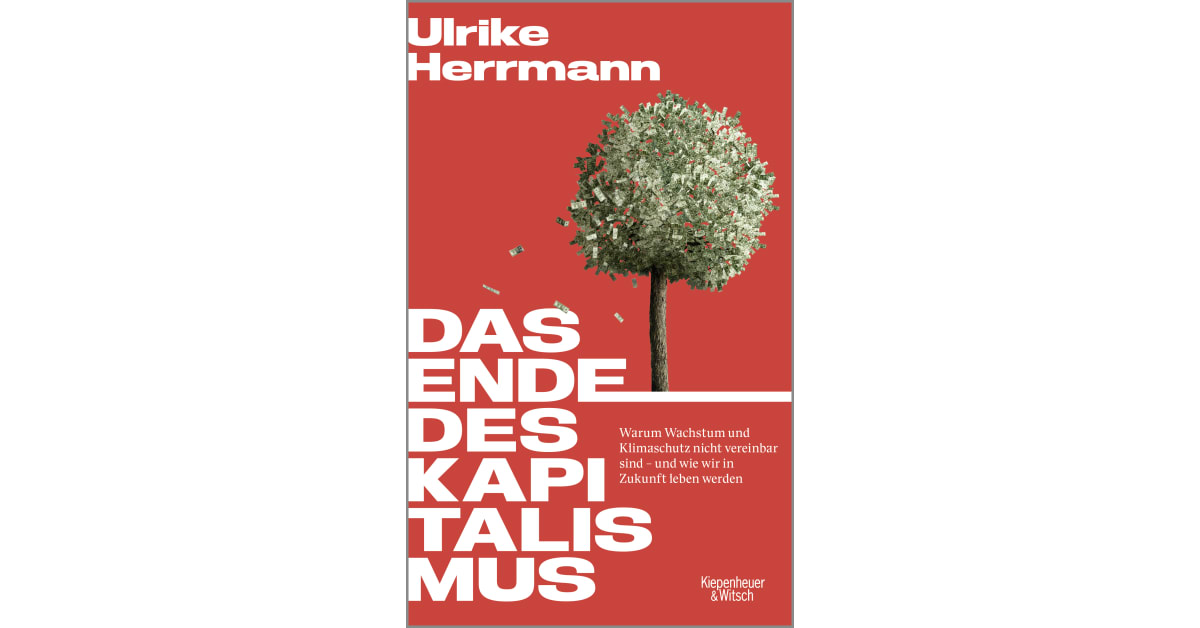 The end of capitalism needs a survival economy – is it the beginning of the Circular Economy?

The time of worldwide simultaneous crises has begun. Has the time of an ecological emergency regime also begun with it? Ulrike Herrmann, author of the book “Das Ende des Kapitalismus” (The End of Capitalism), published by Kiepenheuer&Witsch Verlag, addresses the question of what economic policies can help to prevent our economic systems from collapsing. I was interested in how Herrmann categorizes the Circular Economy in this book. Can the theory of the Circular Economy help solve the crises? Will we survive on this planet if it is applied? Here’s what I found about it in Ulrike Herrmann’s book:

Herrmann repeats some of the core theses, which she also described back in 2016 in her book “Kein Kapitalismus ist auch keine Lösung”, but which are worth repeating. She begins by identifying the essential element that keeps capitalism and thus our current economic system running. According to her, the driver of growth is the new creation of credit money. Debt accelerates the economy. The basis was already provided by the Assyrians in Babylonia, when they invented credit contracts and their trade. Herrmann uses this to justify why it makes sense to lift the debt brake and use one special fund after another, for example to cope with the energy price crisis or to support the German armed forces as strong systems.

Capitalism is not imperialism

Against the backdrop of the vision of a Circular Economy, it is important to understand that growth contributes to prosperity, and so she goes on for ages to justify the positive effects under capitalism. However, she assumes that the goal of the economy is full employment in order to provide enough for everyone. And here she sets the first visible distinction that carries as an argument in the Circular Economy. The goal of capitalism was never full consumption, which, however, preaches a linear economy and thus contributes to the littering of oceans with plastic or the atmosphere with C02. Rather, it was the rebound effects, i.e. the negative side effects of an industrial society, which contributed to the climate and environmental problems. Here I cannot disagree.

There is no such thing as green growth

And Herrmann makes it clear: There is no such thing as green growth. The term was the invention of Ralf Fücks, who did not want to use the term “ecological emergency regime” as a hopeful concept of a Green Economy. However, a Circular Economy, as described by economist Mathias Binswanger, can work and provide for us humans in harmony with nature – even without rebound. At a level of general welfare. Only – how do we get there?

Capitalism cannot transform itself into a knowledge society that flourishes in the virtual worlds of the Internet, she notes, quoting Niko Paech, who cannot see an economic model in which external costs would be fully priced into the currency: “There can be no such thing as a C02-neutral euro, dollar or yen, if only because it embodies the claim to material values.”

Nor would all renewable energy from wind, water and solar be enough. Nor would storage facilities be sufficient to meet our energy appetite, leaving “decoupling from resource consumption” a fiction.

Herrmann finds the descriptions of the degrowth movement sympathetic. However, they present the Circular Economy as a path to the common good economy. This is wrong, she says, because the Circular Economy can only be described as a vision of a functioning economy that is in harmony with the planet. To this end, she quotes economist Tim Jackson: “To date, there is no fully worked-out macroeconomics for a post-growth society,” thus highlighting a gap in science. What is interesting here is that no economist has ever described a working macroeconomy. Neither Marx nor Milton Friedman succeeded in doing so. However, economic descriptions have always revealed deficiencies of the real.

Herrmann’s conclusion is that what is needed is a “survival economy” that masters crisis management, debt creation and social equalization. However, this is certainly not sufficient as a description of economic instruments and macroeconomic solutions.

My conclusion of Ulrike Herrmann’s theses is: The whole book needs a translation of what can be considered legitimate in the survival economy. It is clear to me that the economic policy instruments must comply with the principles of the Circular Economy, otherwise there is a threat of rebound, such as climate change. There is definitely still a lot of work for all of us in this description!