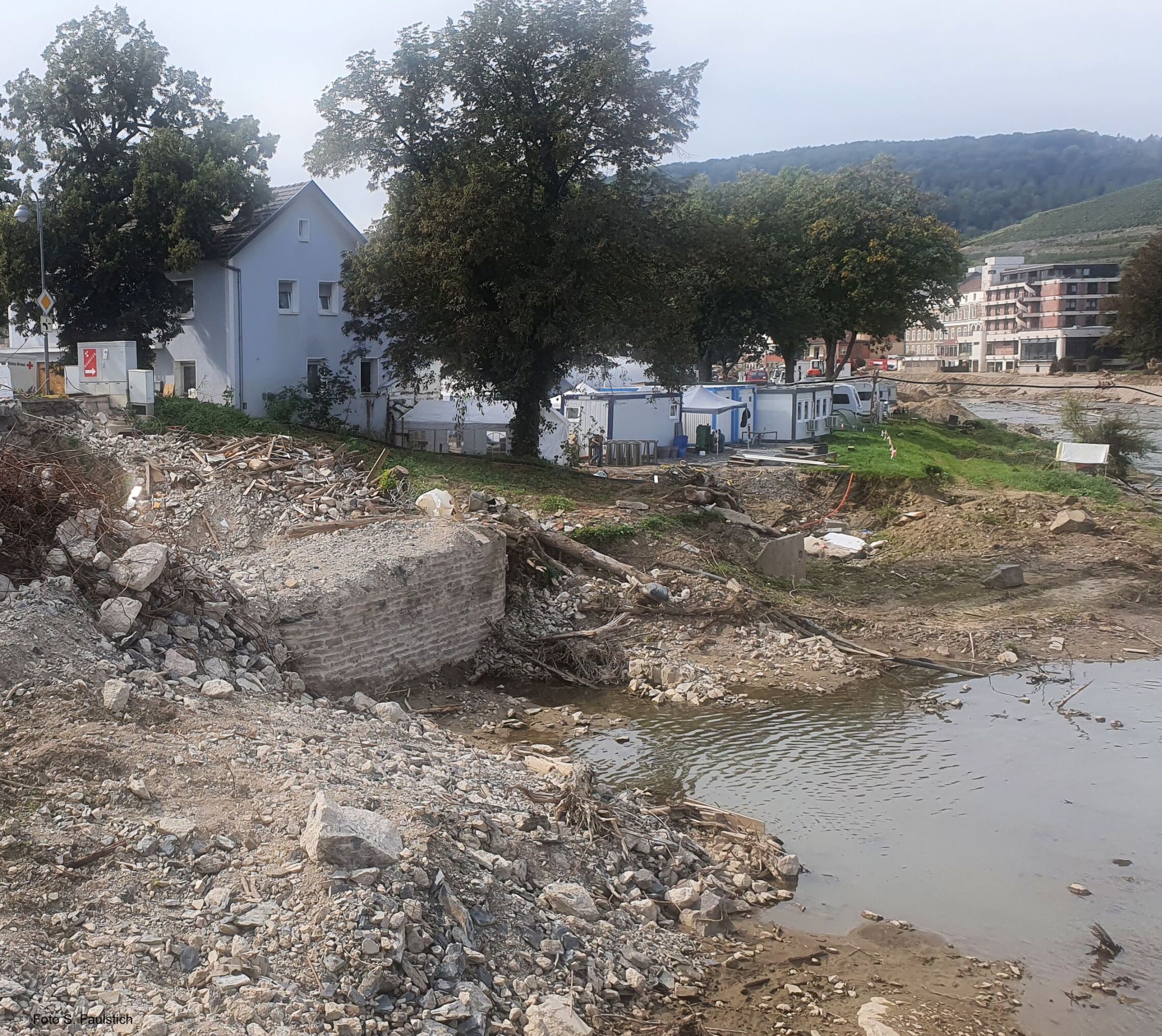 In the danger zone: Rebuilding for the Ahr Valley instead of reconstruction

Today marks the anniversary of the flood disaster in the Ahr Valley, and rightly so, it is receiving widespread media coverage, because the flood is one of the biggest disasters of the post-war period in Germany. The pressure of suffering on the ground is great, the mourning for human losses can be felt everywhere, and the despair after property losses is still immeasurable. That is why commemoration is important today. And thanks. Because many people, institutions and politicians are still helping. The reconstruction will take a long time. Let’s be prepared for a long time to shape climate adaptation in the Ahr Valley. The huge dimension of adaptation needs is now becoming clear.

The debate about the responsibility of the disaster is not over yet. We should be aware that everyone has their own responsibility here. This also applies to the local political decision-makers in the Ahr Valley, which is why the great responsibility for the future lies precisely on the spot. This is not simply to be shifted to Mainz or Berlin. On the contrary, the critical voices that point to the natural laws and limits, nature conservation and professional flood expertise must not only be heard. Their advice must find its way into local decisions, e.g. on building development.

For example, Prof. Wolfgang Büch’s expert opinions on historical floods or the warnings of local Green politicians. Both have only recently entered the public consciousness again. The destructive power of the flood of 2021 had reached a completely new dimension due to the houses, buildings and bridges that were in the way of the water. In other words: The sealing of surfaces and the building of the Ahr valley is the cause for the destruction, our human urge of expansion, our eating of surfaces is also the cause for the destructive power

But unfortunately, the old strategies are held on locally. This is shown by good documentaries, e.g. the reclamation of land for building after the flood by dredging a flood retention area, which can be seen in  „Die Story: Der Wiederaufbau im Ahrtal“ vom WDR.

I know the areas shown in the film. There is a lot of work here for the permitting agencies and water agencies. Land management needs its own look. I wish that all authorities pay a lot of attention to this phenomenon, because water needs space.

The president of the approval directorate SGD Nord, Wolfgang Treis, says clearly about the free-riding of land sealing under the emergency regulation in the WDR interview: “We have not approved everything that happens on site. But it doesn’t mean that everything that’s been done is bad.” He’s right, of course, but it can’t be that the Ahr is squeezed in all over the place under “reconstruction” and unleashes its full destructive force again at the next flood. And the State Secretary in the Rhineland-Palatinate Ministry of the Environment, Erwin Manz, says in the same article that the objections of the water authorities were not heard in development plans. In other words, the law of the state authorities is so weak that municipal politics thickly disregards justified objections.

That is why there is a need for regulation here. After all: Minister Katrin Eder has assured me in a letter that she will put the recommendations on post-flood waste management that resulted from our report https://thinking-circular.com/wp-content/uploads/2022/03/BerichtHochwasserabfallAhrtalThinkingCircular.pdf on post-flood waste management on her political agenda. We have sent the report to all parliamentary groups in the state parliament and are curious to see how any implementation of the recommendations will be handled.

We will continue to keep an eye on this. After all, we are on the ground and experience the progress or regression in the Ahr Valley at first hand.

We would also like to point out two presentations that were given at the Infrastructure Academy on the occasion of the 4th Heavy Rain Workshop at the beginning of July 2022. Here, a regional and supra-regional network of infrastructure and civil engineering experts is being established, who are already dealing with the topic of heavy rain in its fourth year. This year, given the occasion, with a focus on flood disaster, which they themselves were affected by: