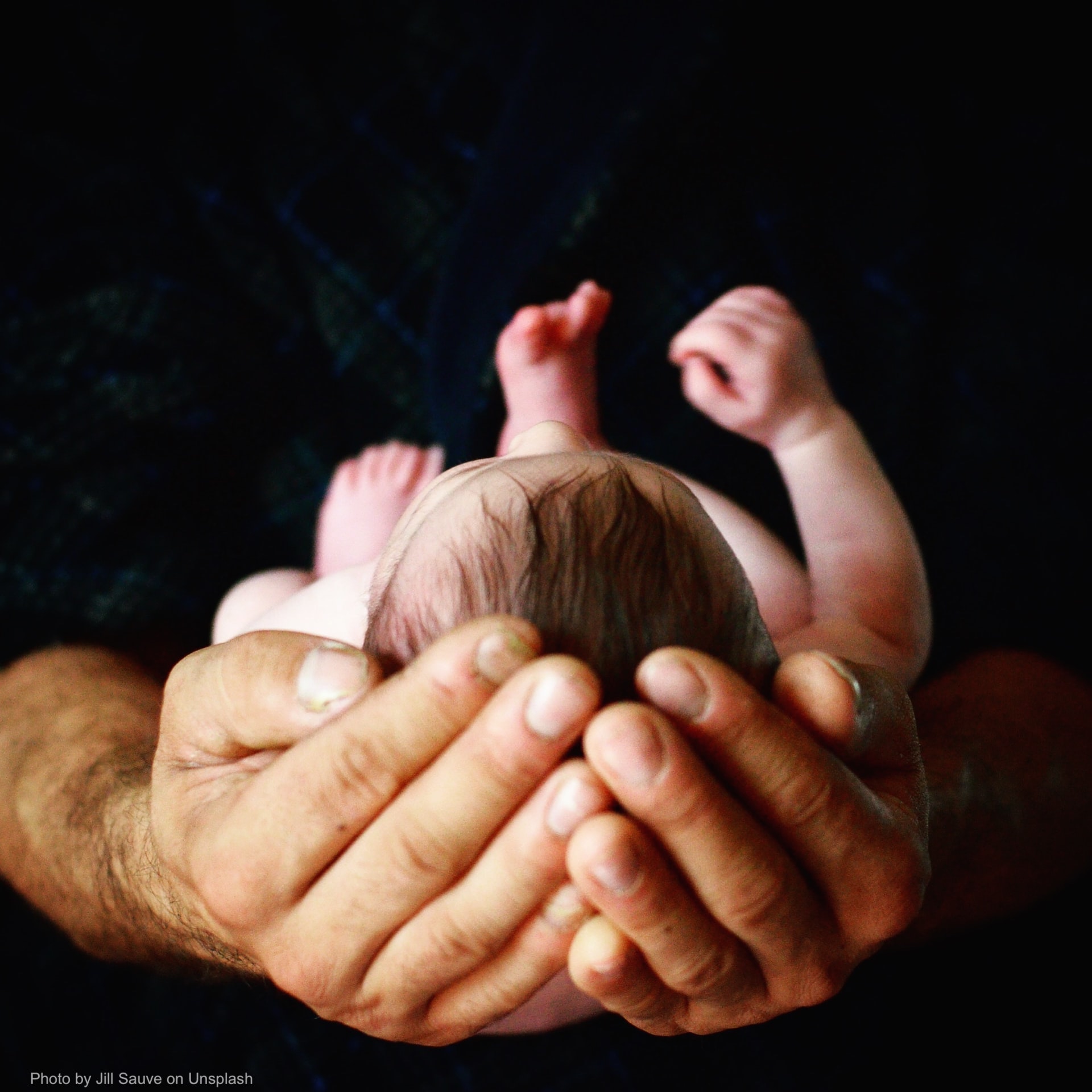 We are currently experiencing great changes: Climate change, digitalization, the Corona pandemic and weather events that destroy entire landscapes, as recently in the Ahr Valley. All this makes us feel what change means. Donella Meadows has described how, in times of change, people’s fundamental ideas about who we are in this world also undergo major changes. With “Transcending paradigms” she described the changes in socially anchored attitudes, which are also the greatest levers in changing systems. Maja Göppel has written about this and described a summary of urgent changes and necessary basic attitudes with “Great Mindshift”.

This makes it clear that the changed attitudes change the basic narratives of our existence. They define the relationships of human to human, human to nature, human to technology, of culture and identity. We therefore take a closer look at these paradigms:

Culture as a habit

Culture was long considered an expression of civilization and thus an antithesis to barbarism, to savagery, to the disordered life of people in other regions of the earth. Culture was thereby classified according to traditions of such as nutrition, work, the formation of family structures, education and other social components. The cultural scientist Prof. Terry Egleton makes clear what the previous definition of the “good of culture” was formulated as a guiding principle and fundamentally questions it for precisely this reason. If culture is only a habit, however, the paradigm of culture itself is called into question.

What we see as a new paradigm is that the debate about what culture is, is now being scientifically reopened as a habitual observation. Behavioral economics therefore plays an important role for the Circular Economy.

Identity as a narrative of the ego

In the previous era of pre-modernity, identity was a function of fixed roles and a traditional system of myths that provided orientation and religious sanction (Kellner, 1992). Moreover, identity was unproblematic and not subject to reflection or discussion. Individuals did not experience identity crises, nor did they radically change their identities. The term “identity” became familiar only when and to the extent that the formation of identity became a problem on a mass scale. This happened mainly against the background of a clash of religions. Zygmunt Bauman states in 1997: “Identity can only exist as a problem, it was a problem from birth, was born as a problem …”

Mancuso and Hevern’s narrative psychology assume that we frame all of our lives and our relationship to the world as narratives. We dream narratively, daydream narratively, remember, anticipate, hope, despair, believe, doubt, plan, revise, criticize, construct, gossip, hate, and love narratively.

In this respect, narration is not a life story that one writes and updates – not all that often – but a fundamental mode of the social construction of reality. Narratives are embedded in social action and are communicated via social media. Our identity emerges as a narrative of the self.

Nature as a partner

The understanding that the world can be controlled by technology has prevailed since the introduction of “divine mathematics” in the Middle Ages. Only God is above man, those who serve him best are above the sheep to be shepherded in the hierarchy. According to this, nature is a resource that may be used. But it has no role or representation of its own in existence. Today scientists also speak of nature forgetfulness. We humans do not perceive ourselves as an element of natural systems, because our imprint was shaped over millennia by the image of Homo Deus, who shapes the world and the future according to the example of God.

This understanding is currently being replaced by the realization of the limitations of our own ability to know (scientific criticism) and global systemic changes, such as climate change.

One example is the work “Life is a connected phenomenon-thinking alongside Lynn Margulis”, published in the Critical Zones of the ZKM, Karlsruhe or by presenting the symbiogenesis of man in nature according to Lynn Margulis.

Systems theory posits humans as one element among many living elements on planet Earth and in the universe, and relates humans to all other systemic functions and elements. This understanding is now found in many theories:

For example, in the design principle of the Circular Economy Cradle to Cradle, in the theory of permaculture, in theories of symbiogenetic development, in regenerative design, the theory of the regenerative city or Transition Towns. They all pursue the goal of creating cycles from materials that are harmless to humans and the environment and of regenerating local ecosystems.

Man as a fellow being

The box office hit movie “Earthlings” has shown how humans treat other species in the world. https://www.youtube.com/watch?v=R-rDurOJ0B4 It relentlessly shows how we industrially produce meat and has greatly influenced the movement of veganism and vegetarianism. The term speciesism is used analogously to sexism or racism. Jane Goodell’s scientific career on primate research and personal empathy has shown what a new relationship between humans and fellow inhabitants of planet Earth might look like.  Humans as fellow beings on this planet maps this narrative. In particular, her evidence that humans are not the only beings who use tools, can reflect, and have feelings. She demonstrated this in primates, and in doing so, she revolutionized the paradigm of humans being a “better Earthling.”

Innovation has so far taken place in select circles of innovators, funders. Patronage turned exclusively to issues of care. Today the trend is towards self-help, self-efficacy and the strengthening of strengths, i.e. “empowerment”. The search for better systems in all strata of society has begun. GOOD LIFE is described and invoked and safeguarding livelihoods is above all. The methods of Design Thinking and Systemic Thinking are seen here as drivers of innovation, which solves global problems instead of creating further problems. The role of civil society is of particular importance in driving this process from within. The Circular Society Community is already adapting elements from the aforementioned paradigms and integrating them into its concept.

Society is communication – No cloud/cloud only

Digital natives regard their mobile phone as an emotional technical link to other members of society with whom they can communicate constantly without distance. Systems thinker Prof.  Luhmann describes communication as a link that creates society. This is based on the systems theory view that the individual elements of society (individuals, organizations, administration, etc.) must communicate with each other. In this context, rules, laws and norms are also part of communication, which established the connection. Communication is not only about language and understanding, but also about the context of the rule with which the communication is understood and answered, e.g. also through behavior and non-behavior. Luhman says: Not the single individuals with their characteristics, but exclusively the form of communication of society “Are” society. This new understanding of one’s own being as a communicator in systems (bubbles, clouds) is already changing behavior. Especially since the negative effects of communication gone wrong must also be dealt with (stalking, data abuse, loss of face, etc.). Because today not only “celebrities” are in the public communication, but everyone who moves on the Internet and on social media.

How does a tree speak? This is a scientific question and it is answered, for example, by findings from biochemistry. Language is expressed here in processes according to the rules of nature, which can be described by mathematics, physics, chemistry and so on. The rule by which an old tree, for example, supplies a young tree with glucose via the root system is thus called communication. How does the tree know that it must connect its roots with the young tree for this purpose? That is not yet clear. The language of trees and nature still needs many interpreters.

The changing paradigm that society is defined by sets of rules is thus replaced by an understanding of the system in which the elements of the system are capable of self-ordering because they communicate about it.

Darwin’s thesis that the strongest is the winner in survival is outdated. Biology, ecology, behavioral sciences and psychology have proven that the “strength” of a winner in systems arises from all system functions. The insight of systems thinkers shows that “best collaborators will win”. Especially in the field of development science and development economics this insight is gaining ground. The search for methods of best collaboration (networks, process orientation, etc.) has begun.

Performance Economy and Economy of Commons

The growth paradigm is outdated, macroeconomic equilibrium models have had their day, resource finiteness and the importance of public goods (climate, environment) and social balance to maintain peace and security have gained in importance. The new economy in balancing ecology has new names.

The project CRESTING summarizes all theories of the newly evolving Circular Economy. We covered it in another blog, you can find it here.