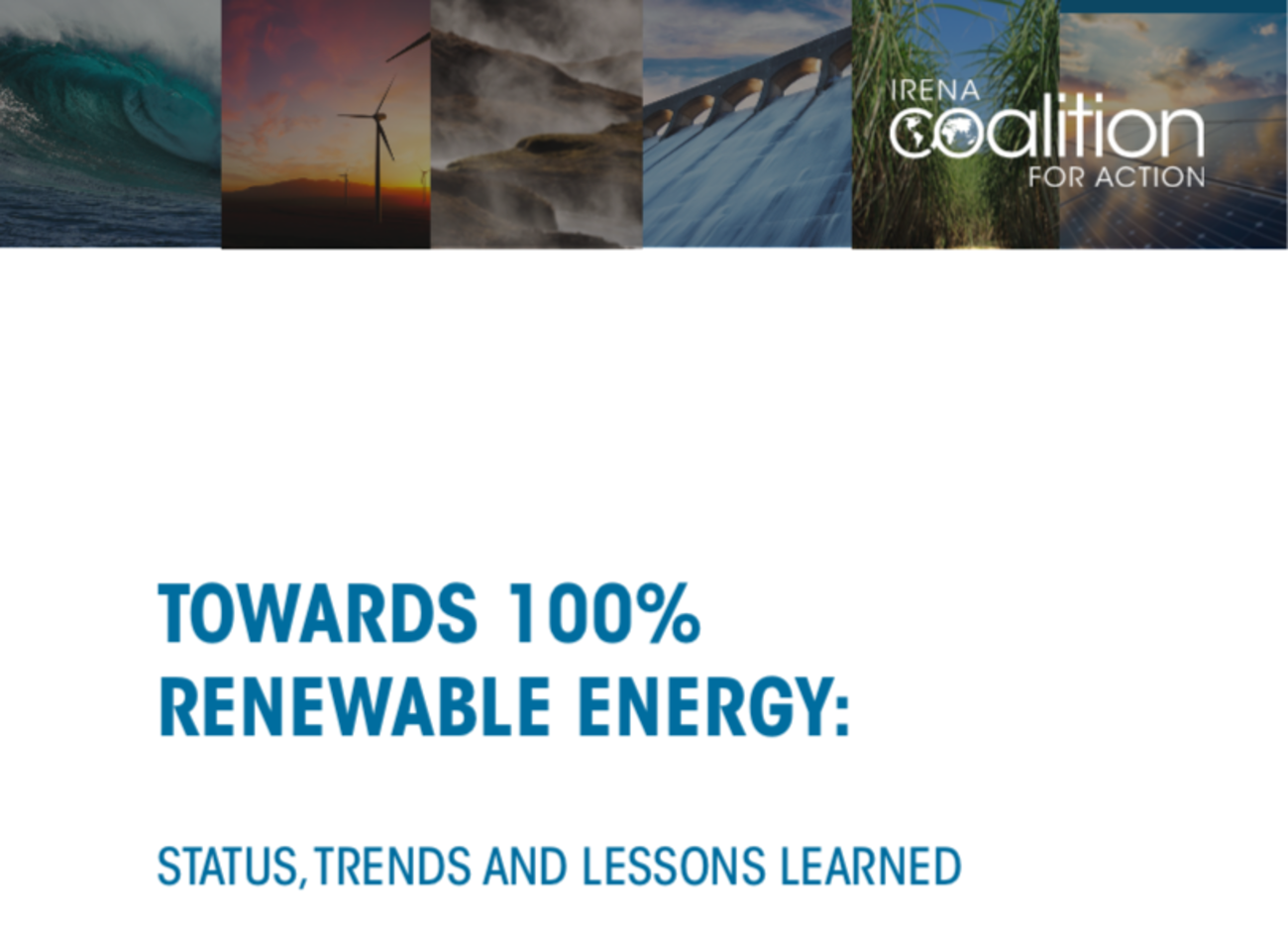 Rheinland-Pfalz is a global model for a 100% renewable energy policy. This has been highlighted in the new report of the International Renewable Energy Agency (IRENA), Abu Dhabi – “Best Practice Examples to 100% Renewable Energy”. IRENA is an intergovernmental organisation that supports 160 member countries in their transition to a sustainable renewable energy future.

Rheinland-Pflaz was the only German state example cited in the comprehensive report of IRENA “Coalition action”. The international alliance, which is affiliated to IRENA, is growing steadily and now has more than 80 leading players in renewable energies as members: Industrial associations, private sector companies, Civil society, Research institutes and Non-governmental organisations.

“In Rheinland-Pflaz, this was achieved, which would actually have to happen in the whole of Germany: We have set a binding road map for complete transition to 100% renewable energy by 2030. If this is now internationally recognised, we can be proud of it”, said Eveline Lemke, former Minister for Economic Affairs, Climate Protection and Energy, who during her time made a significant contribution to advance the energy turnaround and initiated the State Climate Protection Act 2014.

“The experiences from the Rheinland-Pflaz documented in the paper highlights two key factors: Firstly, a lot can be achieved with government supported actions. But, secondly, the strong headwind coming from Berlin, especially since 2010, hampers greater success and slows down the actors of civil societies, who works with a hugecommitment. Nevertheless, Rheinland-Pflaz is still successful,” said Hans-Josef Fell, former Green Member of Parliament and current President of the Energy Watch Group (EWG). He was involved in the development of the IRENA report.

The success of the energy transition in Rheinland-Pflaz is primarily due to the interplay of political pressure from nationwide, decentralized civil society movements, which stands up for climate protection and owes their support to a state government that had the politicalwill to implement climate and environmentally friendly policies.

The IRENA report points out ideal examples: It has good examples that have already attained or on the way towards 100% renewable energy supply, nations such as Costa Rica or Denmark, federal states like California, South Australia or also Rheinland-Pflaz, islands such as Cook Island or El Hiero. Most regional or municipal level political decisions were made in the USA, Sweden, Germany and France. In meantime, about 50 nations have decided to completely switch their energy supply to 100% renewable energy. Germany is not one of them.

The IRENA refers to scientific studies demonstrating that full secured global energy supply is possible, also including the EWG study carried out in collaboration with Lappeenranta Technical University, Finland.

They all carry out this effortespecially out of the responsibility for the global climate and do not see it as an economicburden, but rather as economicrationality, since renewable energy in meanwhile become the cheapest form of energy generation.

About the Energy Watch Group

The Energy Watch Group (EWG) is an independent, non-profit, non-partisan global network of scientists and parliamentarians. We analyse global energy developments and commission independent studies on energy. Our mission is to provide energy policy with objective information.

More information can be found here.

From 2011 to 2016, was Minister for Economics, Climate Protection, Energy and Regional Planning.

She is the founder of the UN-listed think tank “Thinking Circular“.

And he is the current President of the Energy Watch Group (EWG).